Marta Yegorovnam, a woman from Russia, claim that she stored an alien corpse in her fridge since 2 years ago.

[box type=”shadow”]The ‘body’, the third alien sighting in Russian in recent months, was reportedly retrieved by Miss Yegorovnam from a UFO crash site near her summer house in 2009.

She says she approached the flaming wreckage and crumpled metal which she described as ‘unbearably hot’ and near the twisted hulk lay the dead alien.[/box] 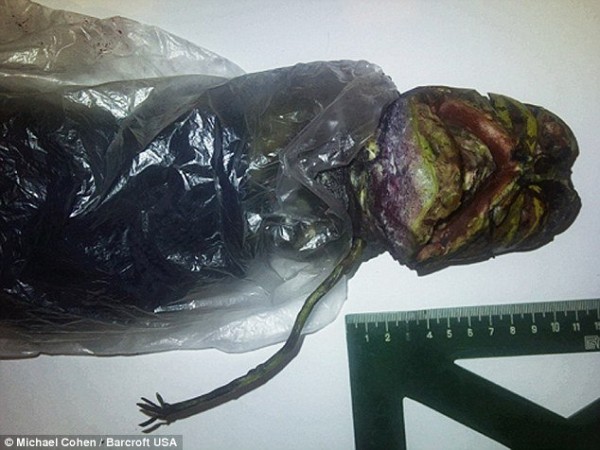 As not long time ago two Russian students – Timur Hilall, 18 and Kirill Vlasov 19 – admitted their UFO find was just a stunt and the alien was made from bread.