The Black Friday is over… Some retailers like Amazon still offer some good deals under Black Friday umbrella but they prepare the new deals for upcoming Cyber Monday.

Amazon has expanded the Cyber Monday to Cyber Week 2011, so there will be a lot of discounts during the all next week.

I’ll search for best possible deals and I’ll let you know about them as soon I’ll have information. For the moment I know few deals like Microsoft Xbox 360 250GB Holiday Bundle ($100 off), Nokia N8 ($249 off), and so on. 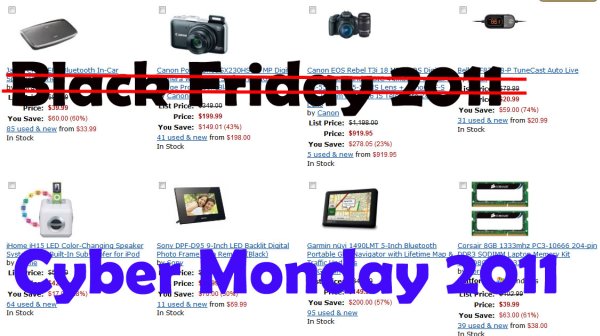 Dictionary
Cyber Monday was invented by Shop.org in 2005. Now, the Cyber Monday is the online equivalent to Black Friday and in 2010 Cyber Monday surpassed $1 billion in online sales.