YouTube phenomenon Alisa Apps gets censored again. In only three weeks since the launch of her music career, Alisa has taken the YouTube music world by storm. 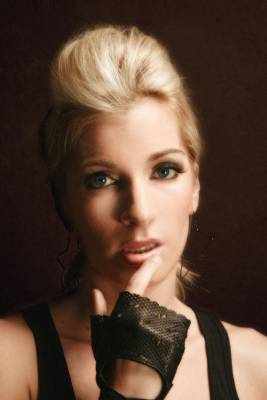 Now with her new video, “The Protector,” an amazing Lynch, Hitchcock like piece, Alisa Apps got 50,000+ views in only 8 hours and was once again, #1 in the UK music charts and #3 in the world. This video has now been flagged. Her previous music video “Confusion” was also flagged and then taken down! (Link to Alisa’s censored video: http://www.youtube.com/watch?v=aSRzCFIejGc)

Meanwhile, YouTube has chosen NOT to censor Rambo chopping off heads with his knife, and ripping out throats with his bare hands, (Link to the new Rambo trailer: http://www.youtube.com/watch?v=p8KBySFKF8o) as well as artists such as Marilyn Manson doing his usual shocking antics; Alfred Hitchcock is rolling in his grave as we speak.

Alisa Apps is setting a new standard in music. Here is a true artist who has something to say i.e.; John Lennon, Jim Morrison. The world has already declared its love for her.

So are the music labels feeling threatened and working behind the scenes in an attempt to retain their power? Or is it some wannabe who can’t resist striking out? You tell me. Enough of the Idol, X-Factor or other wish-wash, a music legend has been born. It’s a new era and Alisa Apps is it.